This video (5 minutes) gives a brief history of the Birthing Kits Projects.

The “7 cleans” save lives

Contents of a Birthing Kit: 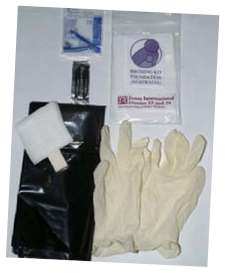 Where did it come from?

An initiative originally of the Zonta Club of Adelaide Hills (in Zonta International District 23), the birthing kit was designed specifically to be a cost effective tool to promote the ’7 cleans’ in childbirth in developing countries.

The contents are intended to promote hygiene in childbirth and thus prevent the most common causes of related infections. They contain items for the birth itself (e.g. plastic sheeting, soap & disposable gloves), for the baby (clamps and a blade to attend to the umbilical cord) and to prevent common post-natal infections (e.g. gauze to clean the baby’s eyes).

Once assembled, the birthing kits are distributed by the project organisers with the help of NGOs in a variety of developing countries (who train local women to be birthing attendants and in the use of the kit).

The project is operated through its own distinct organisation, KIT International

Basically, a Zonta club raises a set amount of funds to obtain component items from KIT International. An assembly day is set and the components delivered to the coordinator. On the day, the agreed number of kits (for which components were ordered) are assembled, packed for shipping and delivered to the carrier to send them to their destination

For a wealth of further information and all the latest on country projects, visit  KIT  International 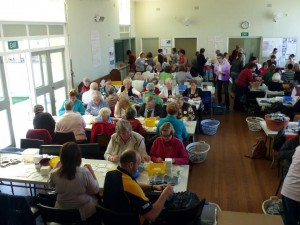 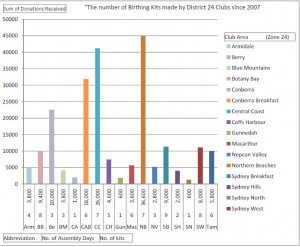